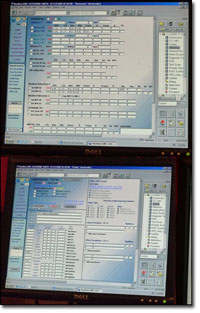 But that databank never came about, as Fred Schulte of Kaiser Health News and Erika Fry of Fortune report in their latest of two reports this year about the perils of electronic health records.

Their stories chronicle how well-intentioned efforts that began in 2009 with HITECH (The Health Information Technology for Economic and Clinical Health Act) led to the creation and installation of electronic health systems that frequently made serious or even dangerous errors, that didn’t communicate with one another, and which for many years, involved gag clauses that precluded any public discussion that such problems even existed.

Take this section from their recent report: “In March, Fortune and KHN revealed that thousands of injuries, deaths or near misses tied to software glitches, user errors, interoperability problems and other flaws have piled up in various government-sponsored and private repositories. One study uncovered more than 9,000 patient safety reports tied to EHR problems at three pediatric hospitals over a five-year period.”

Still, the U.S. Food and Drug Administration will not get involved in regulating electronic health record systems because federal law, the 21st Century Cures Act of 2016, says that electronic health records are not medical devices subject to FDA scrutiny. The reasoning is that there is a “learned intermediary” such as a doctor, in charge of the process.

“Some longtime EHR safety advocates say they have all but given up hope for consensus on any system that would investigate and share findings from adverse events, as happens in other industries, like transportation and aviation,” Schulte and Fry write.

Meanwhile serious medical errors continue, like the undiagnosed aneurysm that led to Annette Monachelli’s death because, although her doctor had ordered a head scan to rule out an aneurysm, the clinic’s software never transmitted the order.

Today, 96% of hospitals have adopted EHRs and, while there have been numerous software updates and improvements, the systems are still clumsy, unintuitive, time sucking and non-interoperable.

The system even infuriated former Vice President Joe Biden who couldn’t get his son Beau’s medical records from one hospital to another.

“I was stunned when my son for a year was battling stage 4 glioblastoma,” said Biden. “I couldn’t get his records. I’m the vice president of the United States of America.  … It was an absolute nightmare. It was ridiculous, absolutely ridiculous, that we’re in that circumstance.”

Schulte and Fry document the insider politics and lobbying efforts that have prevented EHR from realizing their original promise and potential to save lives, identify problems, improve outcomes and improve the lives of both patients and providers.