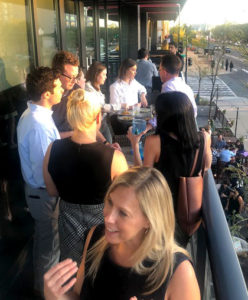 Photo: Kimberly LeonardJournalists catch up with one another on a balcony at Mission.

In the shadow of Washington National’s ballpark, the Association of Health Care Journalists’ D.C. Chapter participated in hosting a networking happy hour on Oct. 10 which drew at least 300 people from the health care reporting and policy world.

AHCJ teamed up for the first time with the nonpartisan and nonprofit organizations Society of Health Policy Young Professionals (SHPYP) and the Alliance for Health Policy for the co-branded health policy networking happy hour. It was held at Mission, a restaurant in the Navy Yard neighborhood.

More than 500 people RSVP’d and hundreds stopped by throughout the evening. 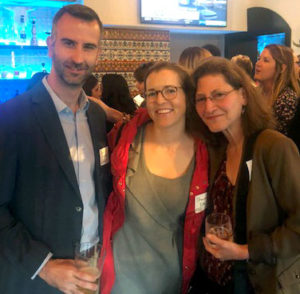 Photo: Kimberly LeonardDavid Pittman, of the National Association of ACOs, Shannon Firth of MedPage Today and independent journalist Miriam Tucker were among the attendees of the chapter event.

The first handful of AHCJ members got a free drink ticket and they went fast. The event drew journalists from The Washington Post, USA Today, Kaiser Health News, Stat, Bloomberg, The Hill, The Washington Examiner, Healthcare Dive and FierceHealthcare.

There was plenty of shop talk and business cards being passed around as our membership caught up with well-known contacts and connected with new ones. Following the event, the three groups sent out a joint email to those who attended to share more about each of our organizations and how to join. 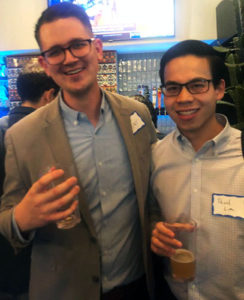 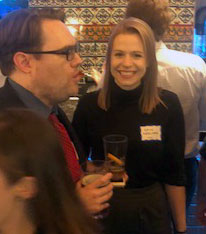 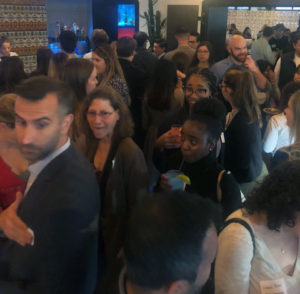