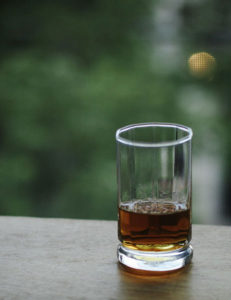 Can drinking alcohol really help us live longer? According to a recently published study, the answer is … maybe.

You probably guessed that was coming.

Although moderate alcohol intake in older adults previously has been linked to a lower risk of cardiovascular disease and death, recent studies have suggested little, if any, health benefit in consuming alcohol, as The New York Times reported last year. Assessing the relationship between alcohol intake and death is extremely challenging, partly because of the need to disentangle the effect of alcohol from other factors that influence health. People’s drinking habits also frequently change over time.

While the authors of this study concluded that moderate or occasional drinkers had lower mortality rates than abstainers, after accounting for different confounders, they also clearly point out the limitations of their conclusions, “given that even high-quality observational studies…can be subject to biases, errors in measurement and the risk of as yet unknown confounding factors.”

The study, which appeared in the July 5 online edition of the journal Alcoholism: Clinical & Experimental Research, incorporated data from a 16-year follow-up of the Health and Retirement Study (HRS), which looked at the relationship between alcohol consumption and mortality. The analysis involved almost 8,000 older adults (born between 1931 and 1941) who have provided information on their drinking habits since 1992, with biannual interviews from 1998 to 2014. It contrasts with previous studies that assessed alcohol intake at a single point in time, according to the study’s authors. Note too, that, participants self-reported their drinking habits, which may not have been 100% accurate.

At each assessment time point, participants were categorized into one of five groups for analysis: lifetime abstainers, current abstainers, heavy drinkers, moderate drinkers and occasional drinkers. Researchers also examined the relationship between alcohol intake and mortality over the assessment timeframe. Notably, the analyses accounted for a wide range of additional factors that can influence health outcomes — including those that vary over time, such as income, smoking, BMI, health/functioning, depression and chronic disease; as well as static factors such as age, education, sex and race.

“Assessments of the potential for residual bias suggest being cautious in our conclusions,” the authors said. For example, current abstainers had the highest mortality rate, which was likely indicative of a “reverse causation” effect, when people stop drinking at the onset of ill health.

Mortality in women among moderate/occasional drinkers also was generally lower than among lifetime alcohol abstainers. As might be expected, the mortality benefit of drinking was lower among smokers than non-smokers, and the mortality reduction was also lower for men than women.

Lifetime abstainers are those who have consumed fewer than 12 drinks in their lifetime. Current abstainers did not drink in the current assessment period, but did drink in the past. Heavy drinkers consumed three-plus (men) or two-plus (women) drinks per day or binged greater than five (men) or greater than four (women) drinks in a single day. Moderate drinkers were had no more than two (women) or three (men) drinks one or more days per week, and did not binge. Occasional drinkers drank less than one day per week, and didn’t binge, or drinking a maximum of three drinks (men) or two drinks (women) on those days.

While appears that a couple of glasses of wine or a mixed drink won’t hurt, it may not help you live longer, considering all of the other factors that can impact longevity. Relying on the latest study du jour, or one which only examines a specific point in time, can be misleading and leave readers, listeners, or viewers with the wrong impression. That goes for coffee and dark chocolate studies, too. AHCJ’s Medical Studies core topic area can help you hone your “skepticism” skills when it comes to looking at the evidence.

Aside from what topic leader Tara Haelle writes, another really good explainer on these alcohol and longevity studies is this LiveScience article by Brandon Specktor. Specktor concludes: “Because it’s so hard to tease out cause and effect in studies like these, it’s too soon to say whether moderate drinking is indeed a health benefit, a risk or neither. The bottom line is: If you drink, drink moderately and because you enjoy it — not because you want to live forever.”

Tip: If you missed the Reporting on Medical Studies session at Health Journalism 2019, you can still view copies of presentations by panelists Ishani Ganguli, M.D., assistant professor of medicine at Harvard Medical School, and Brigham and Women’s Hospital Division of General Internal Medicine, and  Regina Nuzzo, Ph.D., freelance journalist and professor of science, technology and mathematics at Gallaudet University.