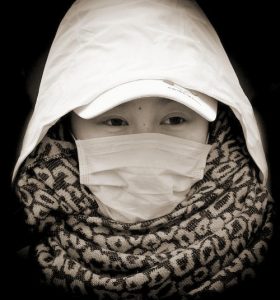 Our connected world via air travel is one of the driving factors behind the globe’s vulnerability to a pandemic. An outbreak that begins in one part of the world now can move quickly to another region on an airplane, as was the case with Severe Acute Respiratory Syndrome (SARS) in 2003, swine flu in 2009 and Ebola in 2014.

The United States is at particular risk because there is not yet a national plan for preventing and containing the spread of communicable diseases aboard airplanes, according to a recent story for a Milwaukee Journal Sentinel. In this installment of an ongoing series, reporters Mark Johnson and McKenna Oxenden explored gaps in America’s emergency planning around air travel and infectious diseases.

Johnson, a Pulitzer Prize-winning journalist, talked with AHCJ for a “How I Did It” piece on how the series came about and provided advice for journalists looking for ways to localize emerging infectious disease issues.

Both the U.S. Department of Transportation and the Centers for Disease Control and Prevention agree there should be a national aviation emergency preparedness plan, but each agency believes the other should lead the effort, the Sentinel article notes.

U.S. airline pilots on international flights are supposed to report to the CDC “as soon as practicable” an ill passenger or crew member before landing to prevent the spread of a communicable disease. But pilots often may not be aware of sick crew or passengers. Flight attendants told the reporters that airlines need to improve their communicable disease policy and that crews responsible for cleaning airplanes often aren’t trained in cleaning up biohazards such as vomit or feces, leaving subsequent passengers potentially exposed.

The CDC has the authority to screen passengers as they enter the United States from other countries and did so during the swine and Ebola outbreaks. However, the screenings were seen as limited in their effectiveness and often resulted in complaints of civil rights abuses. In 2014, Kaci Hickox, a nurse returning from Guinea after caring for Ebola patients, was misdiagnosed with a fever at Newark International airport. Because fever is a symptom of Ebola, she was then forced into quarantine for days, even though later tests showed she had no fever or Ebola. She successfully sued New Jersey to specify the rights of people in quarantine, which includes the right to legal counsel and of privacy.

Johnson and Oxenden’s piece on airline travel and infectious diseases is part of a series of special reports on emerging infectious disease threats published this year by the Sentinel. Other stories in the series look at how pathogens are jumping from animals to humans, how climate change is driving new outbreaks, how population growth and poverty are brewing new diseases and mathematical models for predicting outbreaks.