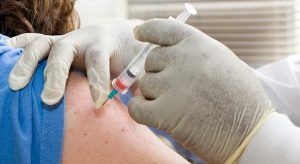 As influenza activity has begun to pick up this winter, scientists working on global influenza surveillance increased their estimates of how many people worldwide die annually from the flu.

“These findings remind us of the seriousness of flu, and that flu prevention should really be a global priority,” Joe Bresee, M.D., the study’s co-author and associate director for global health at the Influenza Division of the Centers for Disease Control, said in a statement.

The new study examined death records and surveillance data from a larger and more diverse set of countries than those providing the previous estimates. Forty-seven countries contributed to the new numbers, which indicate older adults in the poorest regions of the world faced the highest flu-associated deaths.

AHCJ medical evidence topic leader Tara Haelle explains in this story in The New York Times why the flu may be more dangerous that people appreciate. The article is a great reference point for journalists covering the flu because she explains in layman’s terms the science behind the flu, the flu vaccine and how the vaccine works.

Public health officials, according to this story in the New England Journal of Medicine, are concerned that more people than usual may get the flu this season because the vaccine was shown to be less effective in countries where the flu season has just ended. The article calls for scientists around the world to boost efforts to develop a universal flu vaccine that doesn’t require an annual shot.

Each year, public health officials estimate which flu strain is likely to circulate and direct vaccine companies to make a vaccine. One of the strains this year didn’t match as well, which reduced its potential effectiveness. Flu vaccines change annually because the virus mutates so quickly.