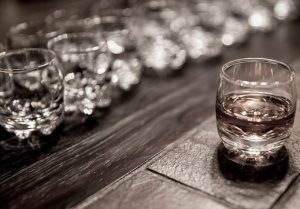 It’s legal. It is readily accessible and requires no prescription to purchase. It’s socially acceptable. Yet, it can cause myriad health risks for older adults, from balance problems and falls to drug interactions to death.

“It” is alcohol — a growing concern among clinical and mental health professionals caring for our older population.

In this new tip sheet, reporter Janice Lynch Schuster points out that alcohol addiction and alcohol use disorders are among the worrisome trends in substance abuse among older adults.

She reminds journalists who cover issues of addiction and treatment that even 85-year-olds can have addiction or dependency problems. However, because of their age, substance abuse, whether from alcohol, opioids or other substances, may be mistaken for other health problems like cognitive decline or confusion. Further, primary care physicians may not be familiar with screening tools or whether there are community resources specifically for older patients.  Treating an 80-year-old with an alcohol or drug problem isn’t the same as treating a 20-something, Schuster writes. This New York Times article further highlights the growing problem of alcohol abuse among the older population.

Older adults generally experience the effects of alcohol more quickly than when they were younger, according to the NIH. That’s because aging can lower the body’s tolerance for alcohol. Additionally, many prescription and over-the-counter medications, as well as herbal remedies can be dangerous or even deadly when mixed with alcohol. Even something as innocuous as aspirin or acetaminophen can have serious side effects when combined with alcohol.

The National Institute on Aging says that over time, drinking too much alcohol can worsen conditions like osteoporosis, high blood pressure, memory loss and mood disorders, as well as increase risk of stroke. It can also make medical problems more difficult to diagnose and treat because of its effects on the heart and blood vessels.

In a recent study published on BioMed Central, researchers called substance abuse a “growing, but silent epidemic among older adults.” They found that being a white male, age 65-74 and divorced or widowed was associated with higher odds of lifetime alcohol use disorder.

For journalists: Is this a growing problem in your community? Are there specific programs geared for older adults to help them address addiction or dependency problems?

In addition to the new tip sheet, read up on some of the clinical issues surrounding alcohol and other substance use disorders among older adults here.