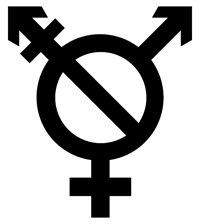 By Rumpusparable via Wikimedia Commons

More and more medical studies are focusing on research about transgender individuals: demographics, surgeries, insurance coverage, unique health needs, prevalence of mental health conditions, pregnancy, hormone therapy and any number of other issues and research questions related to transgender identity. That means journalists covering these studies need to be sure they are using appropriate terminology and not inadvertently reinforcing stereotypes or stigma.

GLAAD released a tip sheet last May just as Chelsea Manning was about to be released from prison. Though the tip sheet used Manning’s release as a news peg for the tip sheet, the guidelines they provide apply to any story involving a transgender person or the transgender experience. It’s a worthwhile tip sheet for anyone to consult, even if they believe they know everything they need to know to be sensitive and accurate, because terminology relating to the transgender experience has changed rapidly in just a few decades. Even expressions considered socially acceptable a decade ago may be recognized as stigmatizing today.

The tip sheet starts with basic terminology, such as never adding “ed” to the end of “transgender,” not using “transgender” as a noun, never using “transsexual” or “transvestite” (remember that “sex” and “gender” are not the same thing) and using appropriate pronouns—including for events in a person’s past. They also address the difference between gender identity and sexual orientation, another commonly confused pair of concepts: “Gender identity is one’s own internal, deeply held sense of being male or female. Sexual orientation is who one is attracted to.”

The tip sheet then becomes more detailed about how a reporter approaches a story, such as issues of speculation, gender critique (implied or otherwise) and sensitive discussion of medical issues when relevant. GLAAD also provides a more in-depth guide to reporting on transgender issues here.

One caveat: This particular tip sheet referred specifically to Manning, so it advises that journalists use female pronouns (she, her, hers). However, it’s worth noting that not all transgender individuals prefer the gendered pronouns of their presenting identity (that is, the gender they have transitioned into). Some prefer plural pronouns (they, their). A small few, perhaps at least temporarily, may still prefer the pronouns of their previous gender. (Caitlyn Jenner famously did this, though her decision evoked anxiety in trans communities, as this excellent BuzzFeed piece by journalist Meredith Talusan, a transwoman, discusses thoroughly. Sports Illustrated also received criticism for using male pronouns in their piece after her complete transition that discussed her previous Olympic career.) If you are interviewing someone, it’s best to ask what pronouns they prefer. If it’s a public figure and no preference has been made public otherwise, default to the gendered pronouns of the person’s current presenting gender identity.