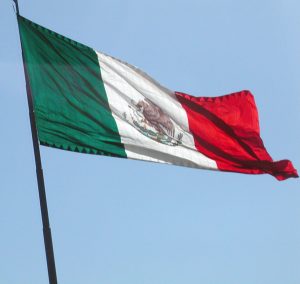 BuzzFeed news reporter John Stanton took a trip over the Mexican border for a look at dental tourism. He found plenty of Americans seeking low-cost root canals, crowns and implants in Los Algodones.

Since the 1980s, the border town has evolved into a dental and eye care hub. The 600 dentists who work there (along with 150 optometrists and 20 medical doctors) have earned the place the nickname “Molar City.”

Some of the patients Stanton interviewed for his story, “Filling the Gap,” counted themselves among the more than 100 million Americans – including tens of millions of elders – who are dentally uninsured. Medicare has never included routine dental coverage.

Other patients, however, seemingly take a less sober approach, scheduling a a trip to the sprawling Quechan Casino along with their dental visit.

“Thousands of RV enthusiasts are avid visitors to Molar City – so much that the nearby casino has football fields’ worth of RV parking and an hourly shuttle bus to ferry visitors between their dental visits and the slot machines. Visited by 1.7 million guests each year, the 166-room casino has become a perfect destination for dental refugees,” Stanton wrote.

“’You see people with gauze in their mouth … drooling at the slot machine and you know why they’re there,’ a casino official told Stanton.

A number of the American dental tourists told BuzzFeed they had voted for Donald Trump.

“The president’s dark warnings of Mexican rapists and gangsters coming into the U.S. haven’t deterred his supporters from crossing the border into Mexico for dental care,” Stanton wrote. The irony of the situation has not been lost upon the Mexicans who are helping provide the care, the reporter found.

“I think it’s a little bit odd, but we can’t judge them on how they voted, so we just try to respect them,” observed Margo Carilla, a translator in a dental office.

“There are good dentists everywhere,” Howell said. Still, she stressed that dental tourists should do their homework before selecting a provider.

“When everything goes great, it’s wonderful,” Howell said. “The problem is that everything doesn’t always go that way.”

1 thought on “Americans cross the border for affordable dental care”