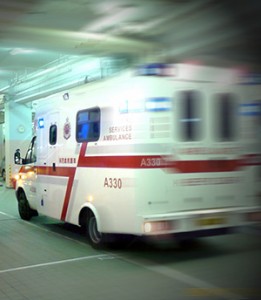 In 2015, Medicare paid more than $80 billion to dozens of providers – from neurologists to podiatrists, from ambulance services to hospice services, from family physicians to speech, physical and occupational therapists.

AHCJ has updated its version of the Medicare payment data for its members in an easy-to-use format: spreadsheet files listing specific providers and broken down by state. Journalists can download and analyze these files – covering 2012, 2013, 2014 and now 2015 – to find stories for their audiences.

The Centers for Medicare and Medicaid Services just released the detailed payment data covering 2015. That information was kept secret for 35 years until 2014, when CMS released detailed payment data covering 2012. The agency followed up this month with 2015 data. Now, health reporters can examine how those public funds have been spent over four years.

AHCJ members can follow this link to download Microsoft Excel files by state for all four years. The page includes links to the actual files, plus links to documentation, a rundown of caveats and tips, and descriptions of the each spreadsheet column. While the original data can be cumbersome for common desktop software, AHCJ took the extra step of breaking down the data by state and by year, and posting those files for download. For example, data filtering and a simple calculation shows that in 2015, a drug store down the street from my neighborhood received almost $50,000 from Medicare for flu and pneumonia vaccinations.

The data cover payment information for individual doctors and other providers for Medicare Part B services delivered – for 2015, a total of 9,497,891 records in the original data file, totaling 2.01 GB. The file covers 968,417 physicians and other providers – 91 different types – who received payments from Medicare.

The new data provide more detailed information of how providers practice in the Medicare program, and the payments they receive. The data contain information on health care professionals in all 50 states – plus the District of Columbia, U.S. territories and a handful in other countries. Because of privacy concerns, the government files exclude providers who seek reimbursement for services done for 10 or fewer patients.

With these files, it will be possible to conduct a wide range of analyses that compare thousands of different services and procedures provided, as well as payments received by individual health care providers.