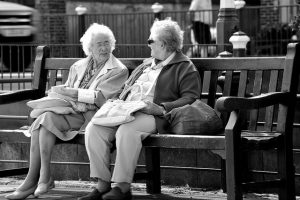 This year’s fall open enrollment for Medicare beneficiaries began on Oct.15 and continues through Dec. 7. Anyone eligible for Medicare benefits can now make changes without penalty to their health and drug coverage options, whether enrolled in traditional Medicare (Parts A and B) or Medicare Advantage (Part C). Changes will go into effect on Jan. 1.

Anyone who has a Medicare Advantage plan (also known as a Medicare private health plan) or Medicare Part D prescription drug plan should have received their Annual Notice of Change (ANOC) before Sept. 30, according to the Medicare Rights Center. The ANOC lists the changes in the plan, such as the premium, co-pays and drug formulary. The ANOC compares plan benefits in 2017 with those in 2016 and should be used as a starting point when reviewing plan choices during the fall open enrollment period.

What changes might lie ahead under a new administration?

“We think people with Medicare should pay close attention to the candidates’ positions as they are announced or evolve,” Joe Baker, president of the Medicare Rights Center, said in an email. This side-by-side comparison of the candidates’ positions on this and other health care issues from the Kaiser Family Foundation provides some context, as does this Motley Fool article on Donald Trump’s ideas to save Medicare.

“The Republican position as evidenced by budget proposals passed in the House would lead to a privatization of Medicare through some voucher program,” Baker said. “We think that would increase costs for people with Medicare and erode their benefits over time.”

What to look for: The latest Medicare Trustees Report predicts that Part B monthly premiums will increase to approximately $150 or more for about 30 percent of beneficiaries. Additionally, out of pocket deductible will increase to $204 from $166 — due to a provision related to the cost of living adjustment (COLA) in Social Security benefits.

Part B and Part D premiums will increase for people with higher incomes ($85,000/year for individuals and $170,000/year for couples). Those who did not enroll in Part B or D when they first became eligible may pay higher premiums, due to penalties.

Average prescription drug plan premiums should remain stable at about $34/month (up from $32.50/month in 2016). Beneficiaries can expect a 60 percent discount on the cost of brand-name drugs during the coverage gap, known as the donut hole.

“Know your options,” said Baker. Even small increases in premiums or changes in networks can have a wide-ranging impact on beneficiaries.

Baker is particularly concerned about a bill passed by the Senate in June, which would eliminate funding for the Medicare State Health Insurance Assistance Program (SHIP). The House passed a provision that would keep funding at current levels. SHIP is the only resource that provides free, unbiased, counseling on the growing complexities of Medicare coverage, he said. NPR reported on what this could mean for beneficiaries.

The good news is that there don’t seem to be any indications that Medicare Advantage Plans are withdrawing from the Medicare program. Overall the MA program is relatively robust, he said.

Even if beneficiaries are happy with their current MA plan, they still should review changes and options, Baker advised. Networks of participating physicians and hospitals may change, or some out of pocket costs may increase. It is also important to understand the rules, penalties and beneficiary rights when it comes to purchasing Medigap or Part D coverage.

Medicare is the second-largest social insurance program in the United States, with 55.3 million beneficiaries and total expenditures of $648 billion in 2015, according to the Centers for Medicare and Medicaid.