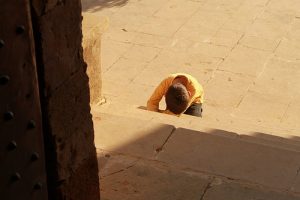 The back-to-school season brings anxious anticipation and excitement for many, but also another look at bullying by public health professionals, policy makers, parents and educators.

Attention to the issue has grown in recent years as awareness has grown about the issue both online and in schools and communities. It’s even become a topic in the 2016 presidential election. There is also growing science around bullying as public health researchers and policy makers address the topic. The National Academies of Sciences, Engineering, and Medicine recently examined the science behind efforts to prevent bullying.

Their findings, published in the report “Preventing Bullying Through Science, Policy, and Practice,” deserves another look as students head back to school and the final two months of a heated presidential campaign come into view.

And on Sept. 14, two of the panel members behind the report will hold an hour-long webinar to discuss findings from the report with a focus on ways to effectively prevent such harassment and intervene in such situations. Catherine Bradshaw, a developmental psychologist and youth violence prevention researcher who serves as deputy director of the Johns Hopkins Center for the Prevention of Youth Violence, and Daniel Flannery, who heads the Begun Center for Violence Prevention Research and Education at Case Western Reserve University, served on the NAS panel and will pay particular attention to school and community-based programs aimed at curbing aggressive behavior and addressing mental health.

It’s not a short read at 311 pages, but the NAS review makes for a good reference for reporters to dig through on various related stories. It offers overall estimates of bullying as well as for various vulnerable populations and other subgroups, and examines the issue within the social context of four key groups: peers, family, schools, and communities.

It also looks at the psychological effects of bullying, not only on the victims but also the consequences for bullies themselves and bystanders. “Bullying is a group phenomenon in which peers play a number of different complex roles,” members of NAS’ Committee on the Biological and Psychosocial Effects of Peer Victimization wrote in the report.

Two of the panelists – Mark Hatzenbuehler of Columbia University and Jonathan Todres of Georgia State University College of Law – in another separate webinar on the report, also sponsored by the Children’s Safety Network, talked about the impact and implementation of current laws to address bullying, focusing on federal- and state-level policies.

Todres said the report did not address local or school policies given the wide variance, adding “In many instances it’s the state law that provides the mandate for localities and for schools to adopt measures and to adopt policies.”

“The challenge now is evaluating the effectiveness and understanding the impact they’ve had and where there’s still work to be done,” Todres said.

Are you an AHCJ member who’s written about bullying? Send us your stories so we can highlight them; send them to determinants@healthjournalism.org or via Twitter at @susanheavey.