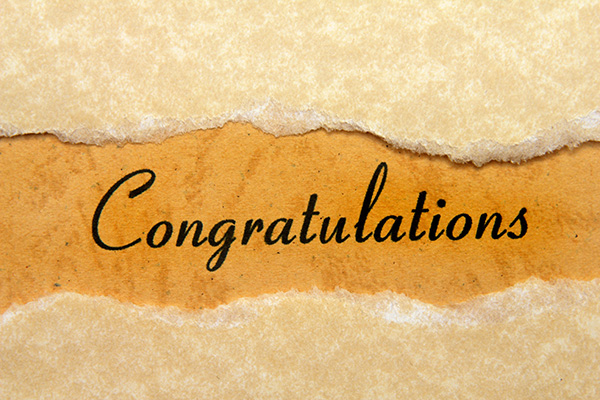 Veteran journalist Katy Butler (@KatyButlerHeart) has been awarded a one-month writing residency in November at Yaddo, the writer’s colony in Saratoga Springs, N.Y. She will be working on a new book, under contract with Scribner, tentatively titled “100 Simple Steps to a Good End of Life.” Her prior book, “Heaven’s Door” was a finalist for the 2014 Dayton Literary Peace Prize and won the 2014 Books for a Better Life award for Best First Book.

Massimo Cecaro, D.V.M., (@Massimo_press) was elected to a four-year term as general secretary of the Italian Medical Press Association. Cecaro is a journalist in Italy, resident member of the Medical Journalists Association, editor-in-chief of Occupational Medicine and Health Affairs and a member of the European Food Safety Authority Expert Database.

Jaclyn Cosgrove (@jaclyncosgrove), health reporter at The Oklahoman, received a 2015-16 Rosalynn Carter Fellowship for Mental Health Journalism. She will examine what happens to low-income, uninsured Oklahomans who suffer from serious mental illnesses and substance abuse issues and are stuck on the state mental health agency’s waiting list, unable to afford care on their own.

Writer and editor Catherine Dold (@CatherineDold) appeared on “After Hours with Rick Kogan,” a WGN radio show in Chicago, with Al J. Mooney, M.D. Dold and Mooney co-authored “The Recovery Book: Answers to All Your Questions About Addiction and Alcoholism and Finding Health and Happiness in Sobriety” (Workman), which recently went into a second printing. Dold spoke about book collaborations at a conference of the Rocky Mountain chapter of the American Medical Writers Association.

Randy Dotinga (@rdotinga) has been elected to a second one-year term as president of the American Society of Journalists and Authors, a 1,200-member nonprofit association of independent writers.

Susan Heavey (@susanheavey) became the core topic leader for AHCJ’s coverage of health disparities and the social determinants of health, looking at how everything from transportation and housing to child care and culture can impact people’s health. Have you covered something related to the social factors of health? Have an idea for a tip sheet or advice for other journalists? Contact her at determinants@healthjournalism.org.

Bonny McClain (@graphemeconsult) published “Medical Writing for Smart People Because Dummies Shouldn’t Write About Medicine” about a career in science or medical writing. Included is a chapter on where you can find free sources of data for your stories.

Ivan Oransky (@ivanoransky), vice president and global editorial director at MedPage Today, has been named a Distinguished Writer In Residence at New York University’s Arthur L. Carter Institute of Journalism. The three-year appointment allows him to deepen his ties to NYU’s Science, Health, and Environmental Reporting Program, where he has taught as an adjunct for more than a dozen years. The Center for Scientific Integrity, the parent organization of Retraction Watch (of which Oransky is a co-founder), has been awarded a $300,000 grant from the Laura and John Arnold Foundation.

Jeanne Pinder of Clear Health Costs has been awarded a fellowship at the Tow Center for Digital Journalism at Columbia University to analyze and report on crowdsourcing in journalism.

Karen Rider was named contributing editor at MedicineTalkPro.org, a patient newsletter service distributed nationally to holistic health practitioners and naturopathic physicians. She is senior writer for the Medicine Talk blog, providing audio interviews and product reviews for consumers seeking the natural path to health and wellbeing. Rider was published in and filled in as a contributing editor at Pathways to Family Wellness magazine.

Megan Scudellari (@Scudellari) was hired to be a health and wellness columnist at The Boston Globe. In January, a college biology textbook she wrote, “Biology Now,” was published by W.W. Norton.