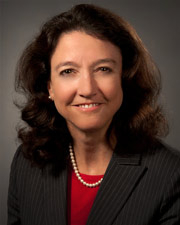 Are you familiar with the term “elder orphan?” That’s how one researcher describes a coming wave of childless and unmarried baby boomers and seniors who are aging alone and unsupported, with no known family member or designated surrogate to act on their behalf.

Nearly one-quarter of Americans over age 65 are already part of or are at risk to join this vulnerable group. With no family member available to check up on them, elder orphans require more awareness and advocacy to ensure their needs are met, said Maria Torroella Carney, M.D., chief of geriatric and palliative medicine at the North Shore-LIJ Health System in New York. She presented results of a case study and literature review on the topic on May 15 during the annual meeting of the American Geriatrics Society in suburban District of Columbia.

The review found that 22 percent of older Americans could face their so-called “golden” years without necessary family or community support that could enable them to age in place, minimize avoidable trips to the emergency room and keep them out of institutional care.

“We need to determine what community, social services, emergency response and educational resources can help them,” she said in a phone interview. “I want a call to action because we need to understand this population better. We expect it to increase and I don’t know if we’re well equipped to plan for and handle them.”

Providers often see these elder orphans only after a crisis hits, Carney said. They may be independent and functioning but over time their physical or cognitive abilities deteriorate and their ability to live independently becomes harder. While not necessarily homebound, they are socially isolated. There are no family or friends they can rely on to help them. This group is vulnerable to a wide range of risks, including functional decline, mental health issues and premature death.

At the meeting, Carney and her team highlighted the case of “HB,” a 76-year-old man living alone who presented at North Shore University Hospital in Manhasset, N.Y., after a failed suicide attempt. The care team took a multidisciplinary approach to his pain and suffering. With his only existing family across the country in California, HB’s case was complicated and prolonged by delirium, unclear decision-making capacity and lack of social support. He was discharged to a nursing facility for likely eventual long-term placement.

“We’re seeing individuals who are going to tax the healthcare system,” Carney said. “By highlighting this issue, identifying these vulnerable individuals earlier and helping them make a plan, we can potentially decrease use of high cost health care and make better use of community resources.”

The study is also a wake-up call for many aging boomers. Carney advised having strategies and plans in place to avoid becoming part a population that has no one to turn to for help in old age. She also called on policy makers and elder advocates to further study elder orphans and to develop community-based programs that address their unique needs.

The abstract can be found here: abstract #C199 on page 237 of the Journal of the American Geriatrics Society Supplement.