During his keynote speech at the GSA meeting, Collins highlighted several areas of research that are getting recent notice by mainstream media, including the BRAIN Initiative (Brain Research through Advancing Innovative Neurotechnologies), bio markers to map cognitive decline and Alzheimer’s disease and a 5-year, $30 million fall prevention project. 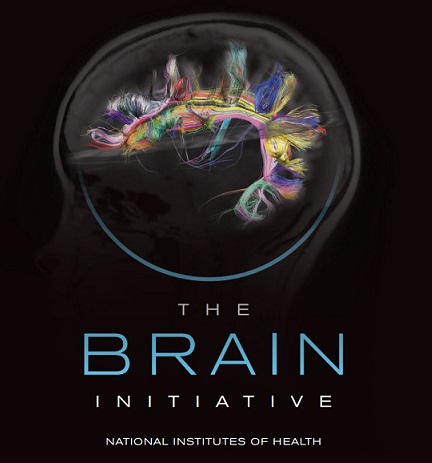 Image from National Institutes of Health.

Collins also described several research successes at NIH and its National Institute on Aging since the NIA’s founding in 1974.  “Life expectancy has increased. Deaths from cardiovascular disease are down 70 percent in the last 60 years,” he said. “Cancer deaths are also down, although not enough, but have dropped about one percent a year for the last 15 years.” Every one percent decline saves the U.S. About $500 billion in costs, he noted.

Collins, who lead NIH’s National Human Genome Research Institute before taking over as director in 2009, said “a dream team” of neuroscientists are collaborating within the Geroscience interest group across centers and institutes to work on the genome sequencing of Alzheimer’s. ”The science of aging is in a very exciting place,” he said.

The BRAIN Initiative is part of the Obama administration’s effort to improve our understanding of how the human brain works, down to the cellular level. “There’s still so much we don’t understand about the brain,” Collins told the international audience of gerontologists and aging experts. “How do the circuits in the brain do what they do?”

The goal is to use innovative technologies to create a more dynamic picture of the brain that answers some of these questions and fills gaps in our understanding of how we create and retrieve memories and how to better treat or prevent brain disorders. “Now the question becomes, are our brains complicated enough to understand our brains?” he said.

Collins was pragmatic about the ongoing funding challenges NIA and the other centers face. He said that one way the NIH is addressing this is by bringing public and private sector scientists together to develop clinical trial protocols on the toughest issues and to share the costs. “We’re living in a particularly challenging time as far as available resources,” he said. Collaborating with the private sector allows both sides to conduct trials that neither can afford to do alone. “All costs are split 50-50 and data is immediately publicly accessible.”

I briefly caught up with Collins after the talk. He said he’s met with at least 300 members of Congress over the years and they understand why additional funding for aging research was needed. However, he would not make a prediction on whether lawmakers would loosen the purse strings anytime soon.