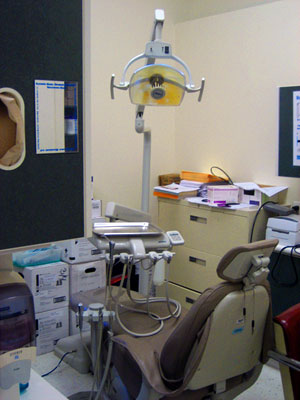 In spite of the numbers of Medicaid children rising steeply between 2000 and 2010, the percentage of them making it into dental chairs more than doubled during the same decade, a newly published study finds.

In 2000 an estimated 6.3 million Medicaid children received some type of dental service, by 2010 that number rose to 15.4 million, according to the report, published this month in the Medicare and Medicaid Research Review, a peer-reviewed online journal from the Centers for Medicare & Medicaid Services.

During the decade, the number of children covered by Medicaid increased by 12 million (50 percent). Over the same time span, the percentage of Medicaid children receiving some type of dental care climbed from roughly 29 percent in 2000 up to 46 percent by 2010.

“This is good news,” said study author Leighton Ku, Ph.D., a health policy researcher at George Washington University. “It’s still not the best possible world but progress has been made.”

The study attributed efforts by federal and state governments to address barriers to care as helping to drive the progress.

“Things are better than when poor Deamonte Driver had his problem,” the researcher noted.

“We have to keep fighting,” Ku said.

While less than a quarter (24.5 percent) of Maine’s beneficiaries got any dental care in 2010, nearly two thirds (66.5 percent) of Texas Medicaid children did, according to the report.

Want to report on how your state did? Download a PDF of the study and see the state-by-state breakdowns in the report, beginning on page 8.