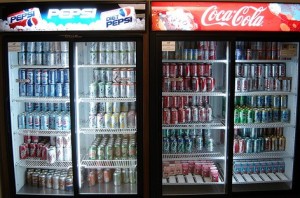 Is there a soda tax debate coming to your community? The potential for such taxes to address problems with obesity, diabetes and cardiovascular disease are important angles to explore, but don’t forget the oral health aspect of the soda tax story.

In the November 2014 elections, Berkeley, Calif., voters approved a 1-cent per ounce tax on sugar-sweetened beverages, a measure strongly opposed by the American Beverage Association but supported by a wide range of health groups.

While Berkeley is the first city in the country to approve such a “sin” tax, it might have opened the door for other communities to do so. In the latest tip sheet, I have collected relevant research and resources for reporters who might be called on to cover soda taxes.

With a classic tale of powerful established interests, millions and millions of dollars and savvy lobbying, Chicago Tribune reporters Tom Hamburger and Kim Geiger draw our attention to the news vacuum that has formed where debate over a sugary drink tax used to be. From its optimistic beginnings to its eventual slow strangulation, Hamburger and Geiger track the rise and fall of the push to tax sugary drinks in order to discourage poor dietary choices and help fund health care reform.

The reporters do a wonderful job of chronicling every lobbying pressure point pushed by the industry, from faux grassroots to industry alliances to muli-million-dollar advertising campaigns. Here’s a small sample of their overview:

The White House has dismissed the idea, however, even after President Barack Obama had expressed interest last summer. A key congressional committee, though initially seeming receptive, ended up refusing to consider it. Several minority advocacy groups, including some committed to fighting obesity, lined up against the tax after years of receiving financial support from the industry.
…..
Meanwhile, beverage lobbyists attacked several nutrition scientists, accusing them of bias and distorting available evidence. The beverage industry also financed research that reached conclusions favorable to its position.

Joe Eaton of the Center for Public Integrity and Christine Spolar of the Huffington Post Investigative Fund look into how the threat of a tax on sugary drinks has mobilized major food interests and millions of dollars of lobbying power. Thanks in part to the limited earning potential of a low “sin tax” on sugary drinks and the presence of powerful senators with agriculture interests (Baucus has sugar beets, Grassley has corn) on the Finance Committee, such a tax has not yet been included in the major health reform proposals, though it’s an idea that has been getting some traction on Capitol Hill and in individual states.

Eaton and Spolar lay out the resources and players in the struggle, as it now stands:

During the first nine months of 2009, the industry groups stepped up their lobbying in Congress. They have spent more than $24 million on the issue of a national excise tax on sweetened beverages and on other legislative and regulatory issues, according to an examination of lobbying reports filed with the Senate Office of Public Records. The review shows that 21 companies and organizations reported that they lobbied specifically on the proposed tax on sugar-sweetened beverages — which among other things would include sodas, juice drinks and chocolate milk.

About $5 million of the money was spent on a national advertising campaign aimed at Capitol Hill lawmakers and promoting a newly formed coalition called Americans Against Food Taxes. The group bills itself on its website as a coalition of “responsible individuals, financially-strapped families, [and] small and large businesses” but its 400-plus membership list is dominated by industry heavyweights such as Burger King Corporation, Coca Cola, PepsiCo and Domino’s Pizza.

It may seem a bit silly to tax corn syrup and related sugars when the government is pouring billions in subsidies into corn production, but it appears that corn syrup is such a small part of the cost of manufacturing soda that the effect of the subsidies on the final cost is negligible.

Inside the soda marketing machine

While general terms may vary across the country, the same brand names dominate the soda business worldwide. To shed light on the marketing practices these companies use, AHCJ member Hilary Abramson put together Sugar Water Gets a Facelift: What Marketing Does for Soda, an extensive guide to the advertising of sugary drinks that was prepared for the Strategic Alliance’s Rapid Response Media Network and The California Endowment’s Healthy Eating, Active Communities program.

Meanwhile, the American Academy of Family Physicians signed a six-figure deal with Coca-Cola that would “fund educational materials about soft drinks for the academy’s consumer health and wellness Web site.” While the Academy’s CEO says the soft drink maker will not influence the group’s public health messages, some doctors are highly critical of the deal, with some even quitting the organization over the matter. One doctor has started a Facebook group protesting the deal.