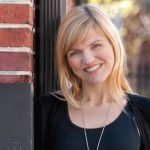 Sonya Collins is an independent journalist covering health care, medicine, and biomedical research. She is a regular contributor to WebMD Magazine, WebMD.com, CURE, Genome, Pharmacy Today, Staying Sharp, and Yale Medicine. Her stories have also appeared in Scientific American, Proto, Psoriatic Arthritis Today, Georgia Health News, Family Circle, and publications served by the Georgia Public Health News Bureau.
While earning an M.A. in Health & Medical Journalism at the University of Georgia, Sonya was selected for the summer internship as a writer at Yale Medicine Publications. She was also a four-time science writing fellow at research conferences sponsored by the National Academies of Science. Her reporting has won two Excellence in Health Care Journalism Awards from the Association of Health Care Journalists and a Robert G. Fenley Writing Award from the Association of American Medical Colleges. She was a finalist for an Eddie Award from Folio in 2016.
Before becoming a journalist, Sonya earned an M.F.A. in creative writing at The New School, where she was a teaching fellow. She has also taught writing at Hunter College of the City University of New York, where she earned her B.A., and at the University of Georgia. During her teaching stint at UGA, she contributed an article on author Elizabeth Gilbert (Eat, Pray, Love) to the Encyclopedia of Contemporary American Fiction (2010).
Fluent in Portuguese, Sonya has translated literary and scholarly texts for publication.  She lived in Brazil for two years, where she wrote a collection of essays about life on the island of Florianópolis.