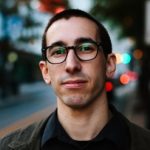 I’m an Atlanta-based journalist who writes narrative and investigative stories for newspapers, magazines, and digital media outlets. My reporting has been featured on NPR, Vox, and Kaiser Health News, recognized by Longform and Long Reads, and won several awards.

Before becoming a freelance journalist, I worked as a southern correspondent for STAT, the Boston Globe Media’s national health and life sciences website, where I wrote stories that involved patients and medical practitioners. It was a broad beat that covered a region stretching from Florida to Texas to West Virginia, and entailed a little bit of everything from the plight of rural hospitals to barriers in getting addiction treatment.

Before that, I wrote on staff with several media outlets including CNN, Atlanta magazine, Creative Loafing Atlanta, and Paste. My writing has also appeared in the Atlanta Journal-Constitution, Buzzfeed, the Guardian, NBC News, NPR, Politico magazine, Rolling Stone, the Washington Post, and numerous other media outlets.